Dogs can get mosquito bites?! 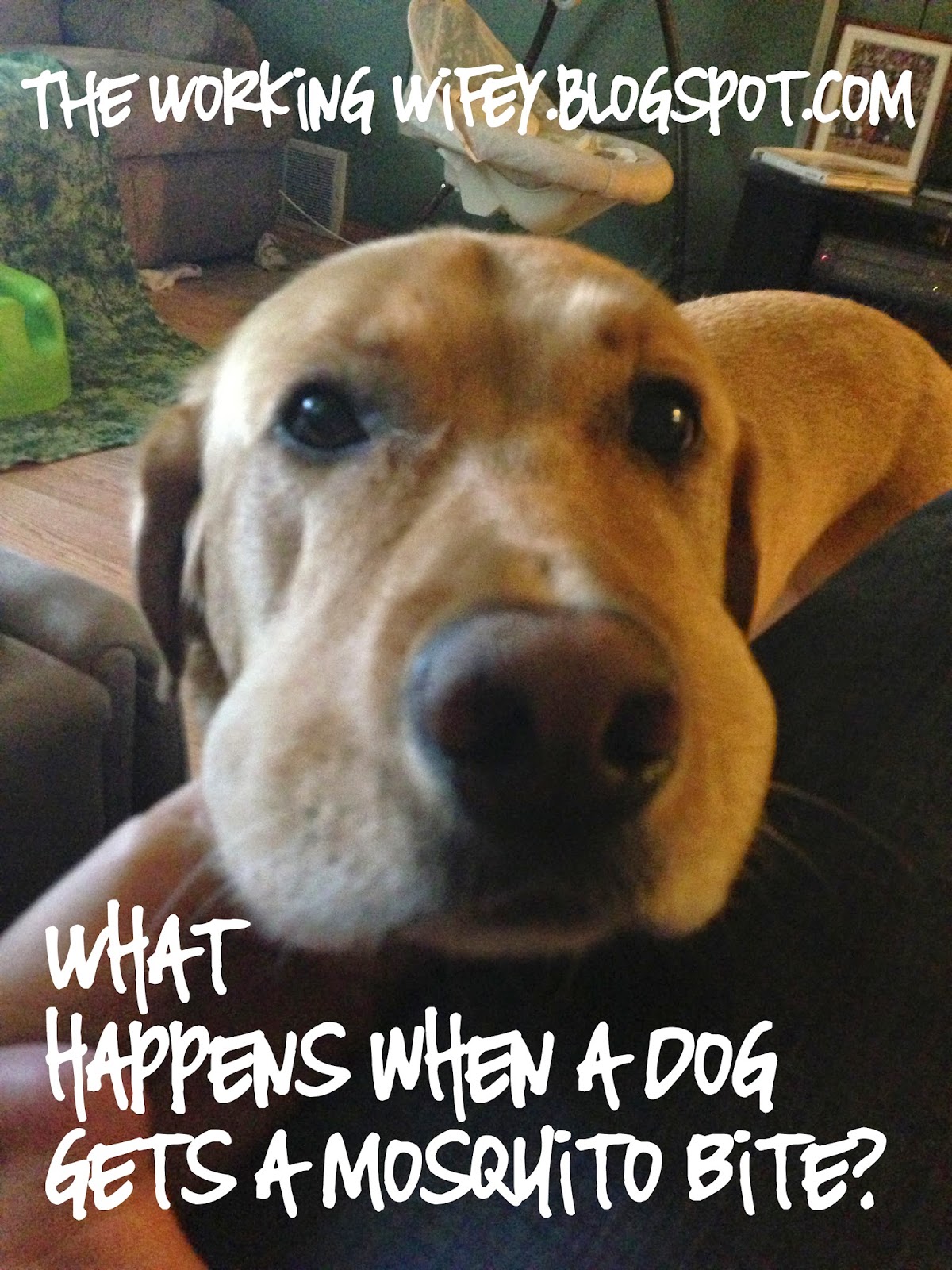 So, I had written this post over 1 year ago now and I realized that I never posted it. Normally when that happens, I just forget about it, but I thought this was too good of an FYI post to pass up! :)


Last summer, the humidity levels were high and it was raining a lot. When you pair that weather with a woodsy, wet backyard, you get an over abundance of Mosquitoes - yuck!

It was easy for the baby and I to stay indoors - we'd been avoiding the sun and heat for weeks, but my fur child (a yellow lab named Maddie) liked to sit out on the deck, especially when the baby was crying.
At one point, I was standing in the kitchen and when I looked down at Maddie she looked like she had a softball stuffed in her right cheek! It was all swollen and droopy. I started panicking, because I thought she was having a stroke, so I frantically called my husband at work. He said it was probably a bee sting and I should look it up, but could probably give her Benadryl. I popped open my laptop and found the dosage levels for a dog her size, then rushed on over to the nearest Walgreens. I gave her that Benadryl and waited. Maddie was again in and out of the house and the Benadryl seemed to work but only temporarily. Finally, I followed her out into the backyard to see what she was getting into and within MINUTES, her snout was covered in those little suckers! (mosquitoes!)
Well, needless to say, IN we went. She wasn't thrilled to be stuffed indoors until the mosquitoes calmed down, but it was for the best.
We never have had it that bad since, but we also switched over to the Vectra brand of pest repellent for our pup. We have had the best year free from ticks, fleas, mosquitoes and any other pests since using that brand! (Highly recommended - and this is not a paid review!) :)

Here are some photos to prove how bad her mosquito bites were!


To start, here is a photo of Maddie normally without a giant schnoz: 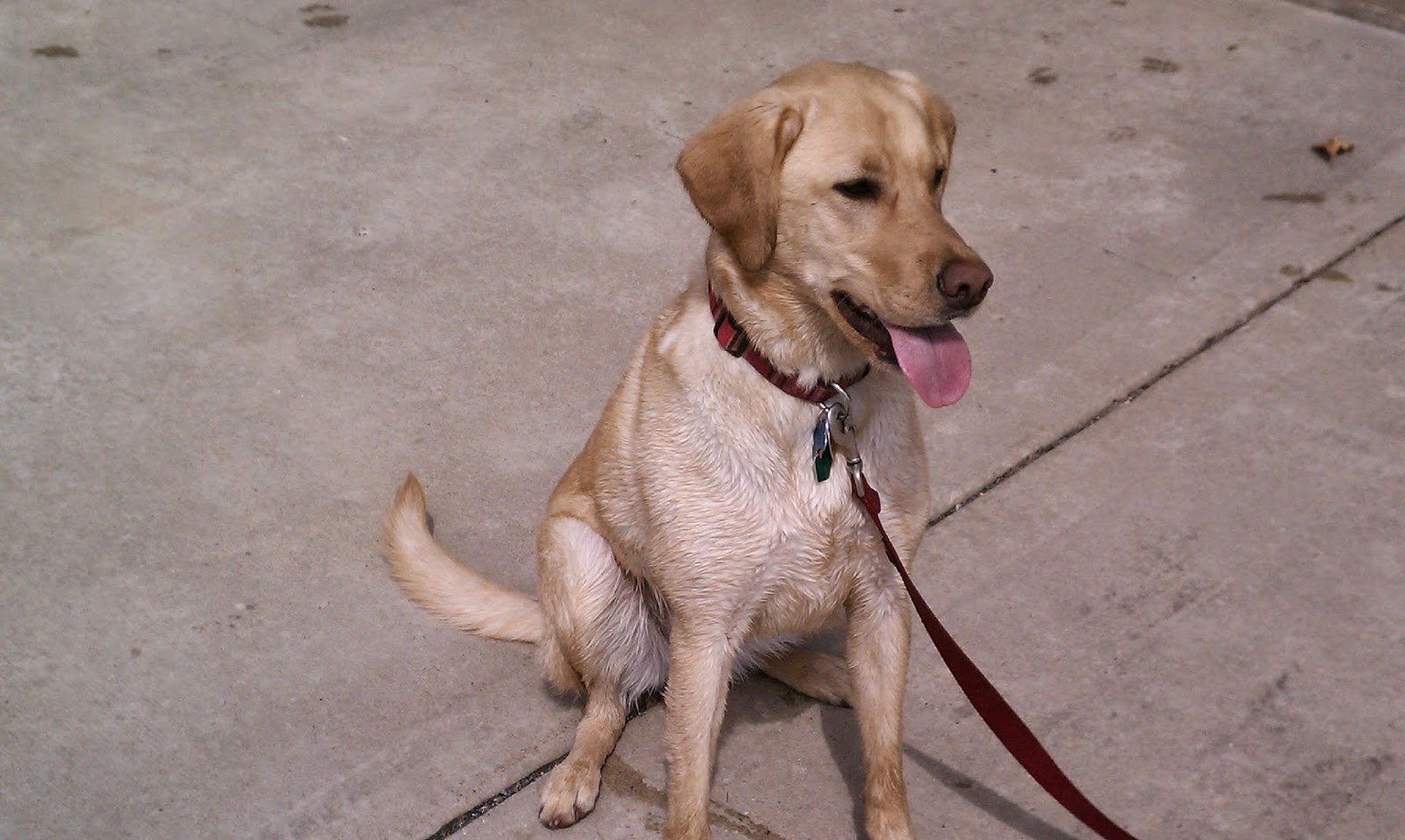 And here are the freakish mosquito bite photos: 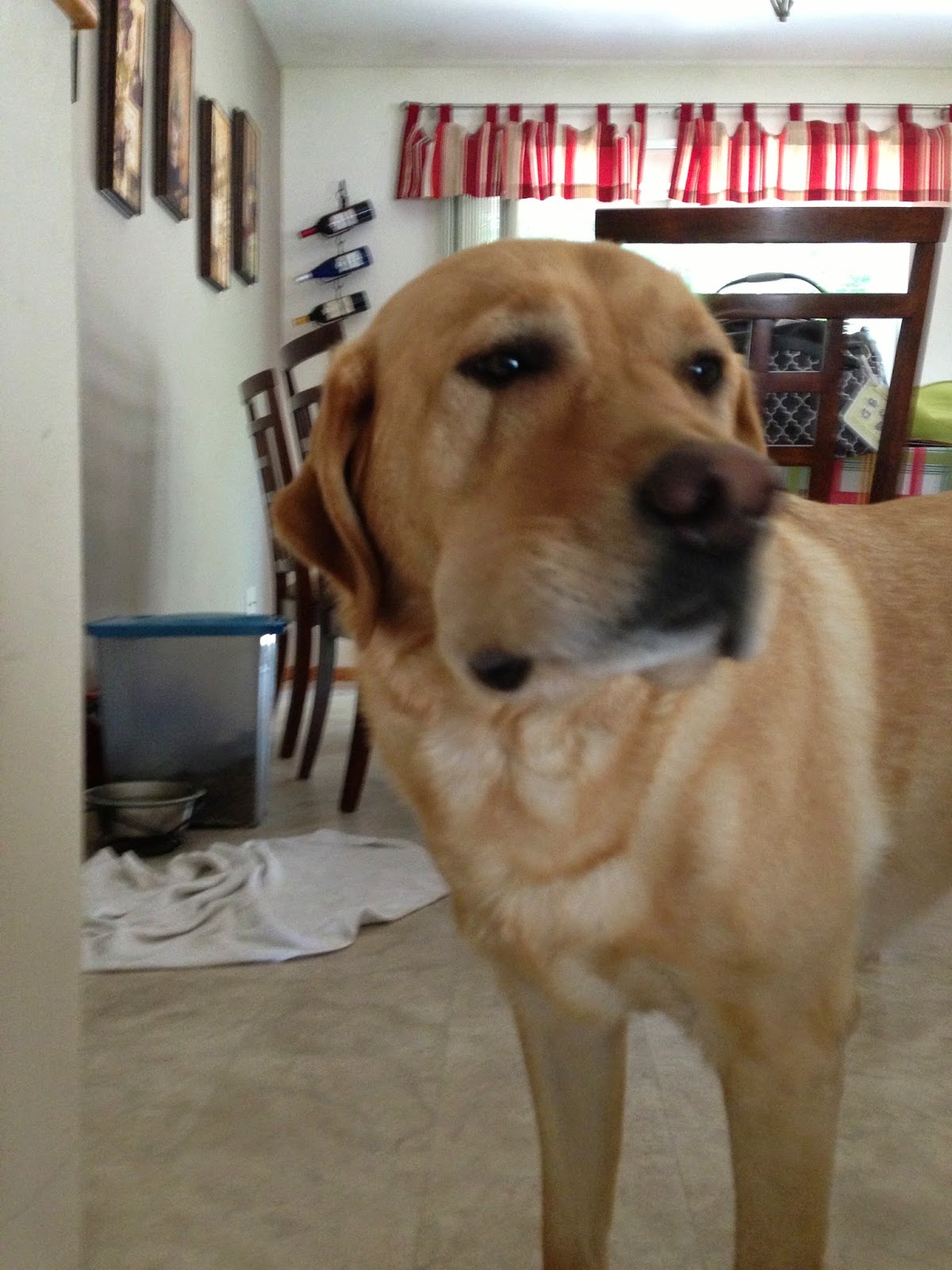 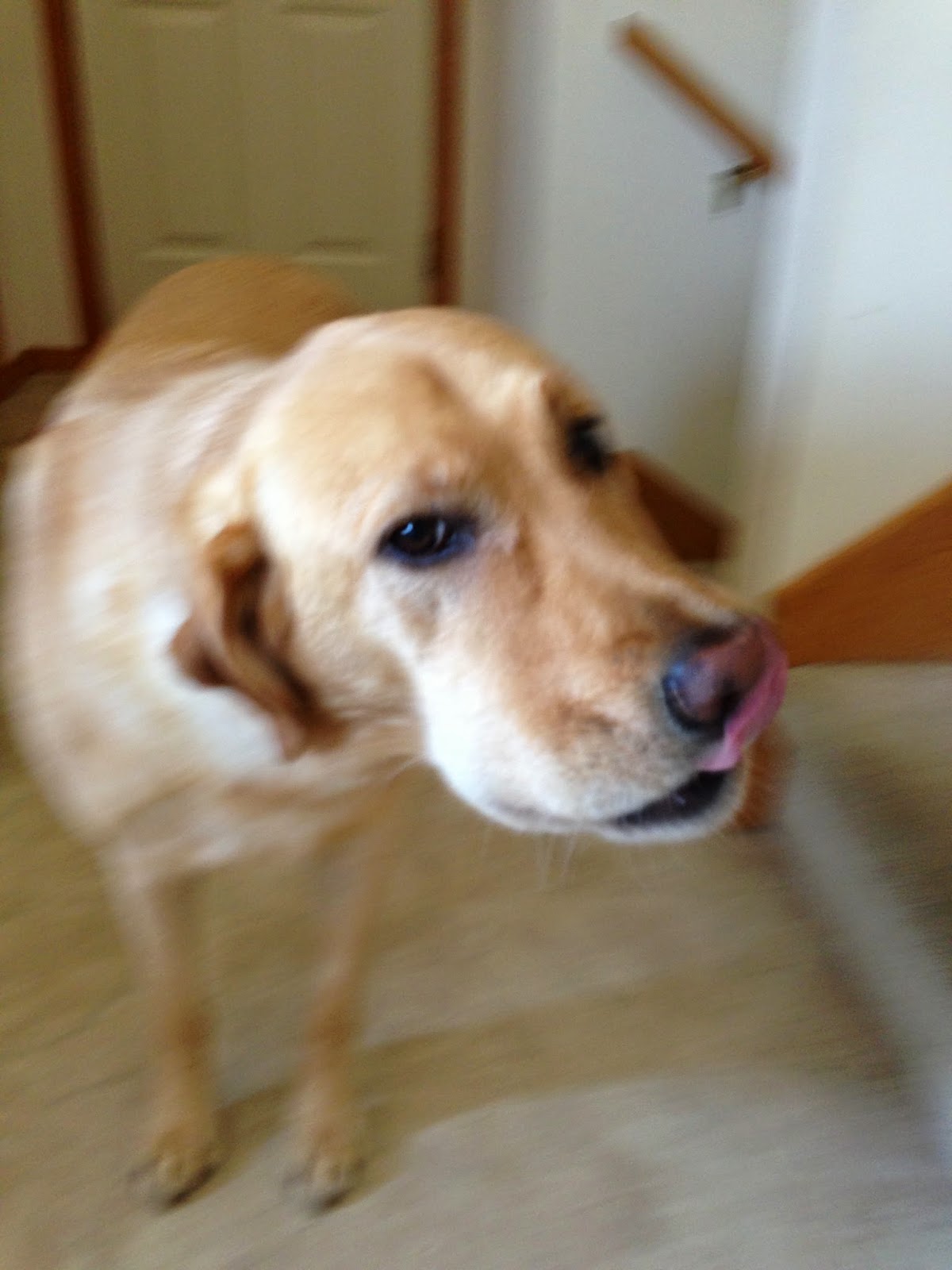 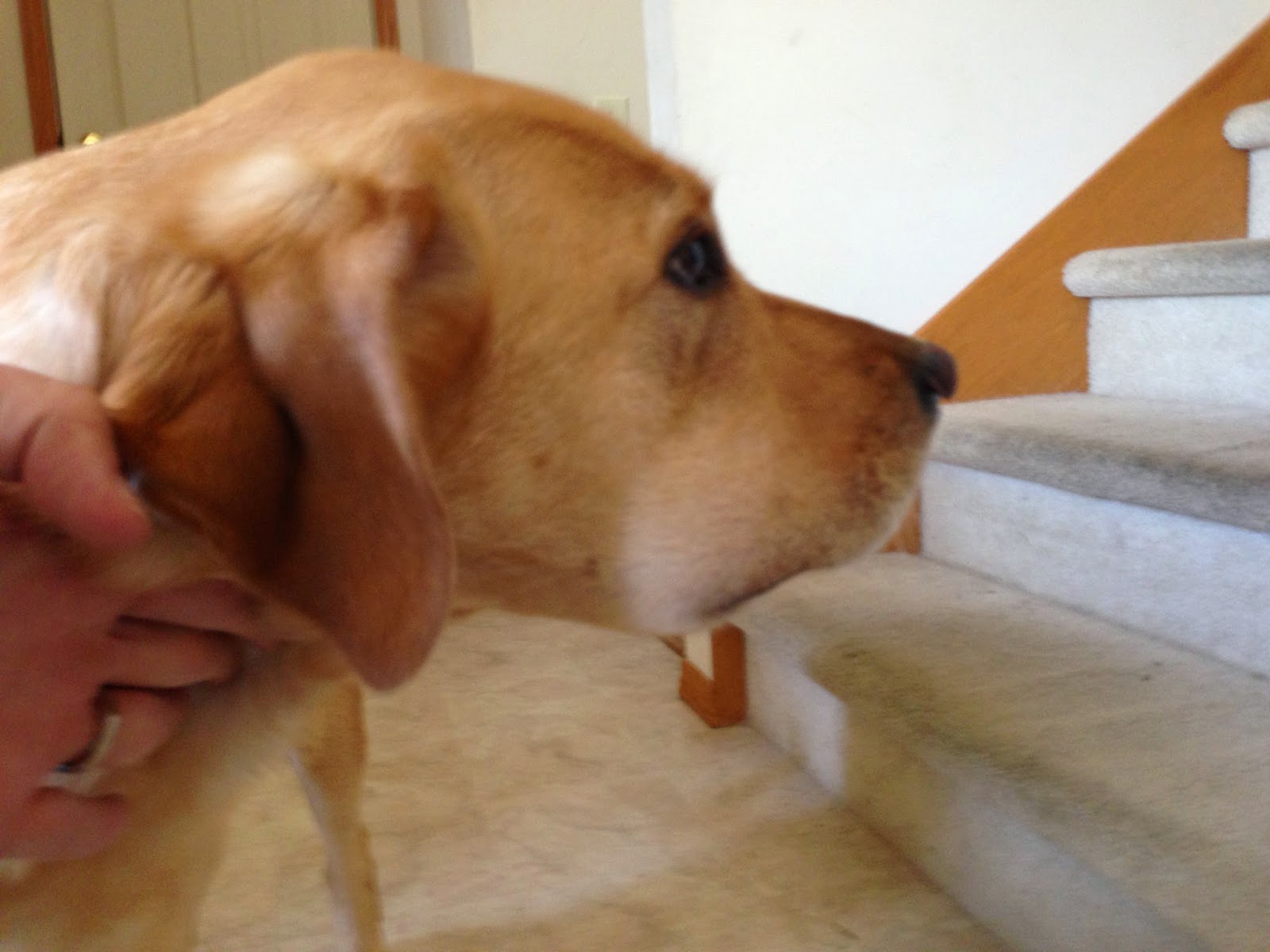 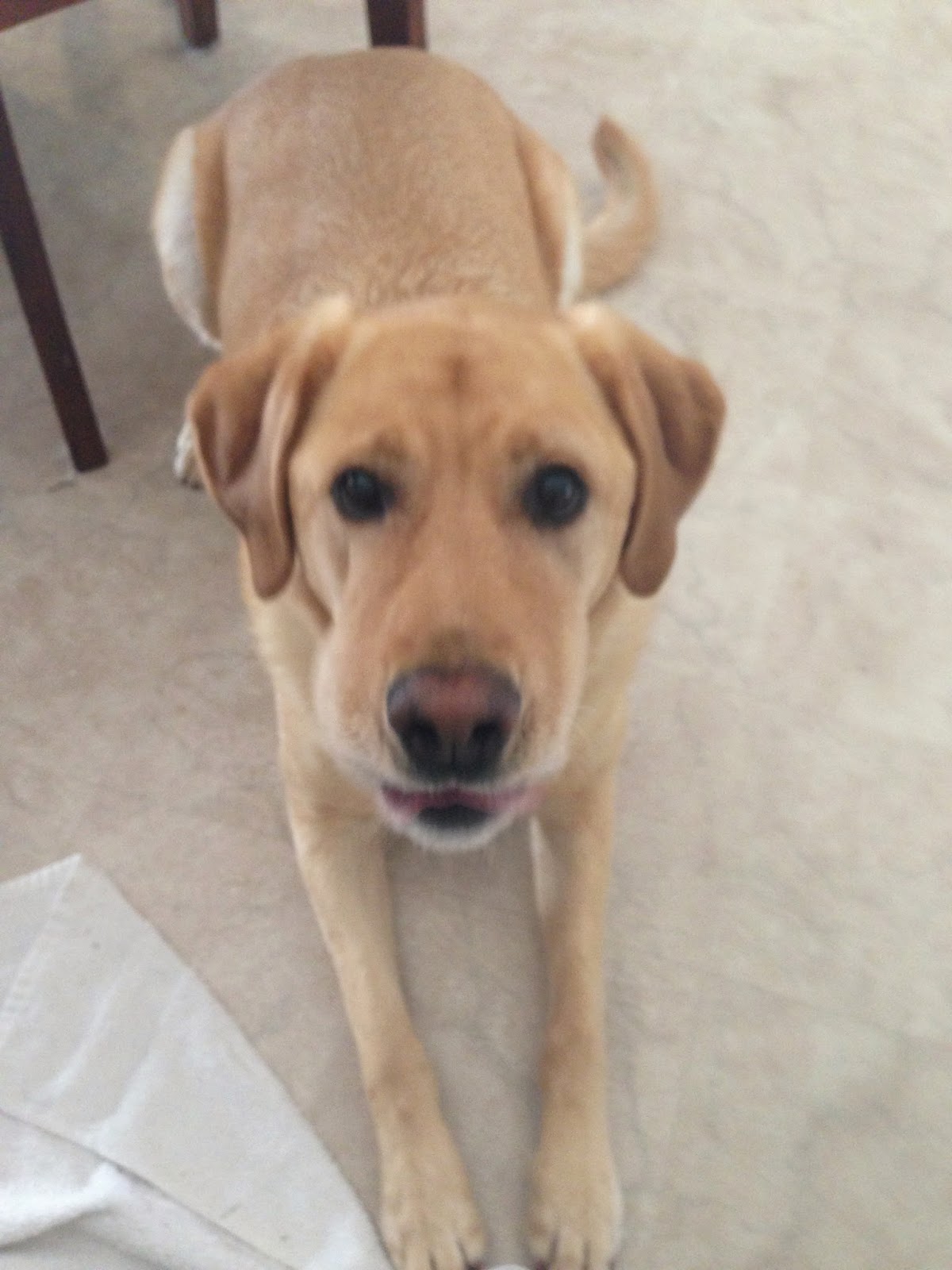 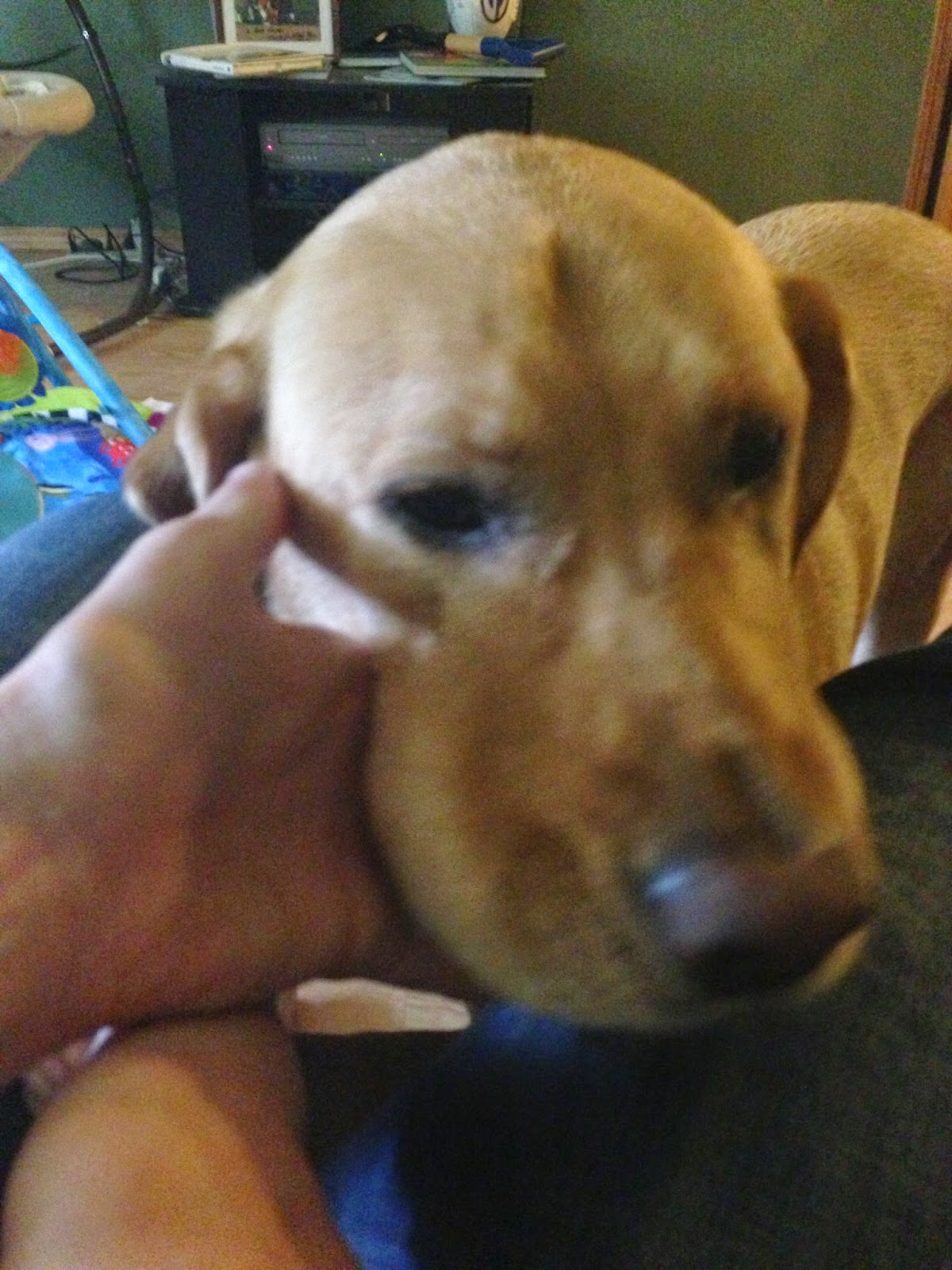 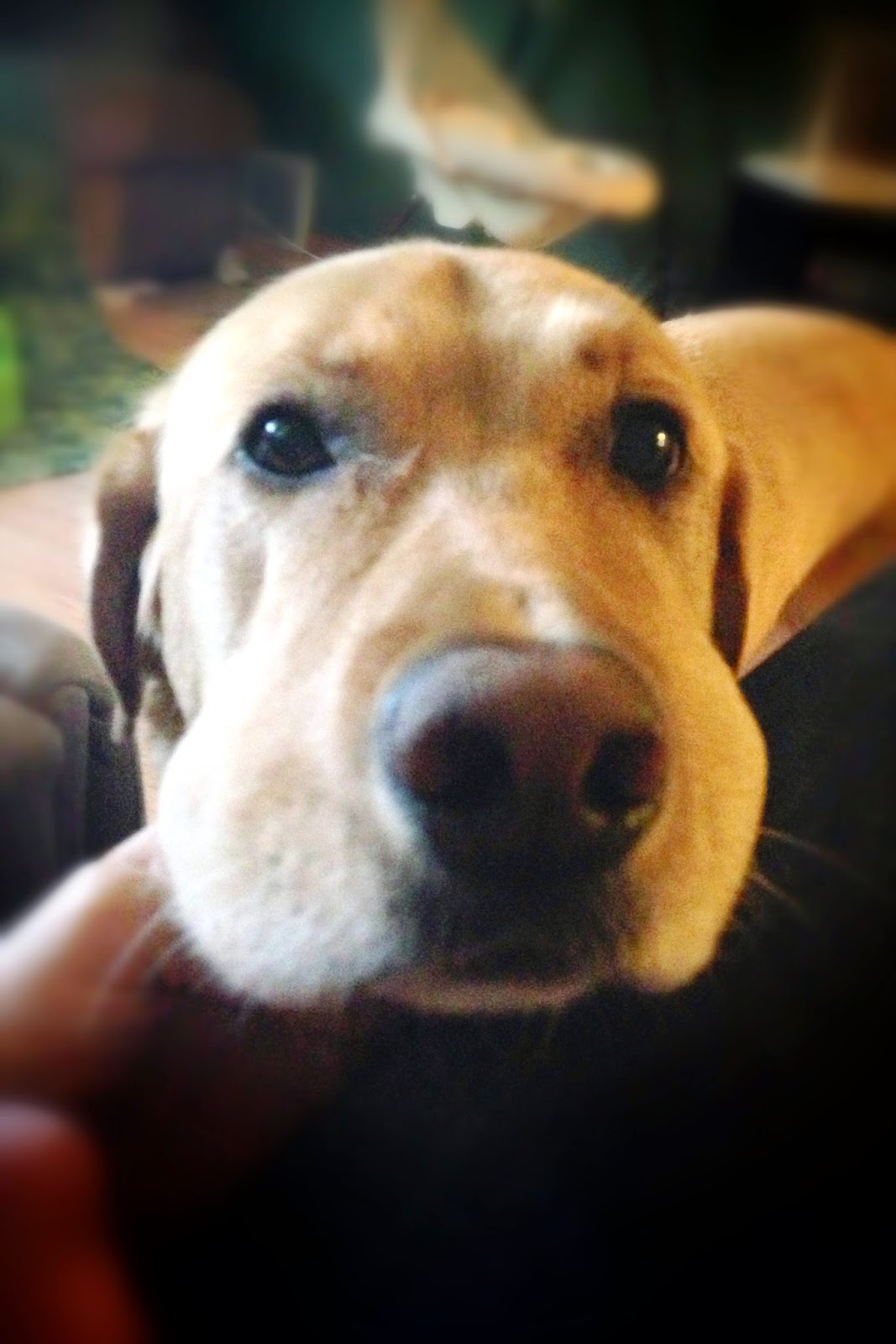 Poor Puppy!!! I'm glad she survived and that she hasn't had to endure this again since! :)
Posted by Unknown at 5:33 PM